First, a huge thank you to everyone who has sent me a photo of Kenley’s name! I am in love with them, and just seeing her name makes me feel all warm inside, along with a bit of sadness- I won’t lie. Her name is so beautiful, it’s like music to my ears so every time I see it, I say it out loud. So thank you everyone 🙂 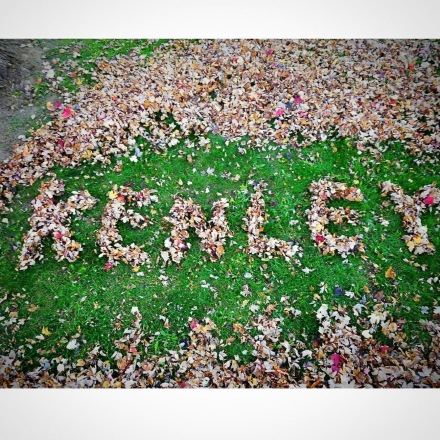 The past few days I’ve been silent just because I have been feeling weird. I feel like the holidays are approaching so fast, and I just want them to stop coming. I know that’s not possible so I’m trying my hardest to relax when I’m around xmas things.

I’m trying to focus on the positive in my life. It’s fucking hard…Im not gonna lie. 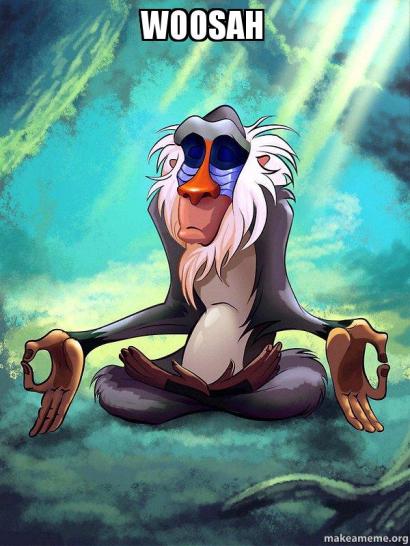 Yep pretty much this pic is how I’ve been trying to keep my mental state, but it’s just a big joke because nothing is ever easy. Landon has been sick for the past week. He’s had a little cold, but that triggered his weird ass asthma which triggers his nasty coughing fits at all hours of the day and night. All last week I kept track of how many times he coughed at night, and when I had to go into his room and give him his inhaler because he was really struggling. I even took him to the childrens urgent care on friday night because the entire family needed to get some sleep- we needed relief.

They gave him a 4 day prescription of a steroid and told me to use his inhaler every 4 hrs for a full 24 hrs to see if it helped. It did help, but I still made him an appointment to see his pediatrician tomorrow. We have to do something because this kid has had coughing fits since the day he was born, I swear it. I often tell people that I’ve felt like I’ve had a newborn for the past 5 years because he keeps us all awake at night coughing. I have a baby monitor in his room still (his room is at the other end of the house) because I know that he coughs so hard he will puke sometimes. I gotta be able to hear that at 2am…

So, tomorrow is the appointment and I really hope that we are able to come up with a plan to combat whatever the hell is going on. I often wonder if it’s because he was born at 35 weeks…

Today was a really good mail day for me. 3 packages! I couldn’t even remember what they would possibly be, but when I opened them I cried (of course).

The first were my fox leggings from Fabulegs! I love them and they are so soft! 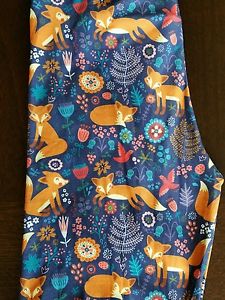 The second package was from a friend named Christine. She is just amazing and has been nothing but my guardian angel this entire process. Hell, she’s been here from like the VERY beginning after I met her on TTCAL (from the Bump before the great exit!) and she has just continuously been amazing to me. Anyway, she sent me another package today. Inside were the most beautiful ornaments for my Christmas tree. They are perfect. I love them SO much. She was also so kind to include a 3d puppet of a dinosaur for Landon; He is in love. 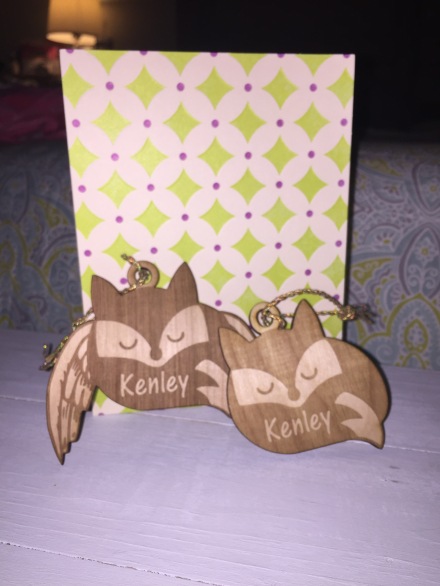 And finally is from a sweet lady from my BMB (j16) who has kept in touch with me throughout this whole process. She had PM’ed me on the board a few days ago asking if I would like something that she found in her house that she forgot about- A pink carters fox security blanket. My heart melted. I never thought I would see the pink fox again in real life. Well, it (along with a starbucks gift card, nail polish, and a dinosaur puzzle for Landon) arrived today, and I lost my shit. I cried so hard. 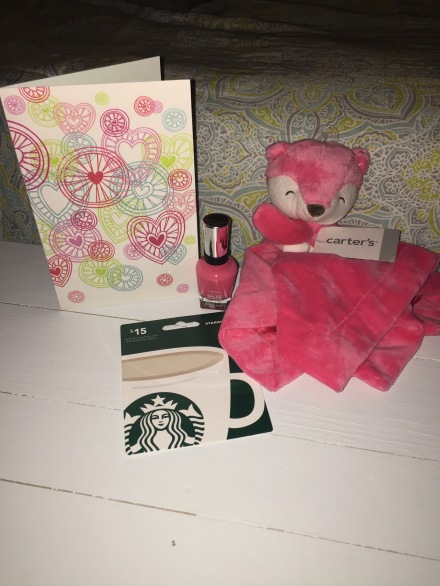 These women…I mean like seriously? They, STILL, after all this time are thinking of Kenley (and Landon!). Our BMB was really close, because there were only about 10-15 of us who posted regularly. It broke my heart to no longer be a part of that board. I consider those types of losses as secondary losses to the loss of Kenley. I had so much love for those ladies, and now? I cannot hear about their lives and their babies. All of their babies survived, and mine didn’t. Their babies are Kenley’s age…I can’t hear about them. They’re all getting ready for their first birthday parties…not me. Sigh.

Christine (the friend mentioned above) told me she wanted to help with the bags I’m going to donate, so she purchased body lotions for them. I am so in love with the lotions because I feel like they’re going to be used and the mommas will be thankful for them. I also decided on the candles with Lisa from Aggies on Main. I can’t wait for them to get here so I can share them with you. She donated these out of the kindness of her heart, so I am thankful for her generosity. It is going to make a huge difference for the women who receive them, not immediately…but one day. One day when they feel strong enough to light their candle in memory of their child they will be thankful to her as well.

I purchased all the “You are the mother of all mothers” books today! I had a gift card that the women on the board sent included in Kenley’s “care package” and I had been saving it for this reason. It felt good to use that today for a good cause. So, if any of you are reading, thank you for helping with this project too!

I’m sitting on Amazon right now deciding what other things to purchase and put in there. I am looking for chapstick, journals +pens, and one more book that I found helpful. I want to order 20, but amazon has 1 in stock, and it says “more are on the way”…well that’s not helpful. I think that I’ll probably have to order their last one for them to get more in stock. Whatever! I can’t believe that this is coming together so quickly. I suppose I need to order bags, stickers, and let the Hospital in on my grand plan…but ugh. That all just seems too heavy right now.

One step at a time.

I went to the mall today by myself to just relax and spend a little money on random crap because I’ve been feeling stressed out. I bought a few things for me, and then ended up at Old Navy and bought Baby A 4 outfits. What is happening here? She doesn’t need anything, AT ALL. I hope this is how I’m trying to bond with her? It’s becoming easier for me to look at the baby things, and picture a baby in them. I still however can’t imagine having her here. I still don’t believe that we will be able to bring her home from the hospital. It’s scary. Deep down I know that my undiagnosed blood clotting disorder was the cause of Kenley’s death- I know this. It’s just super hard to think anything good could happen to us after what happened last year.

We also went to babies R us tonight and looked at the travel system we are interested in buying for her. We are thinking about getting something super gender neutral beaucse we have two male embryos on ice waiting to possibly be implanted someday. We’ll see. I don’t know how much more my body can take after this…physically, mentally, emotionally…all of it. It’s just becoming WAY too much.

One thought on “progress.” 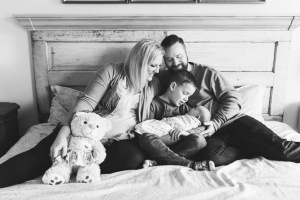 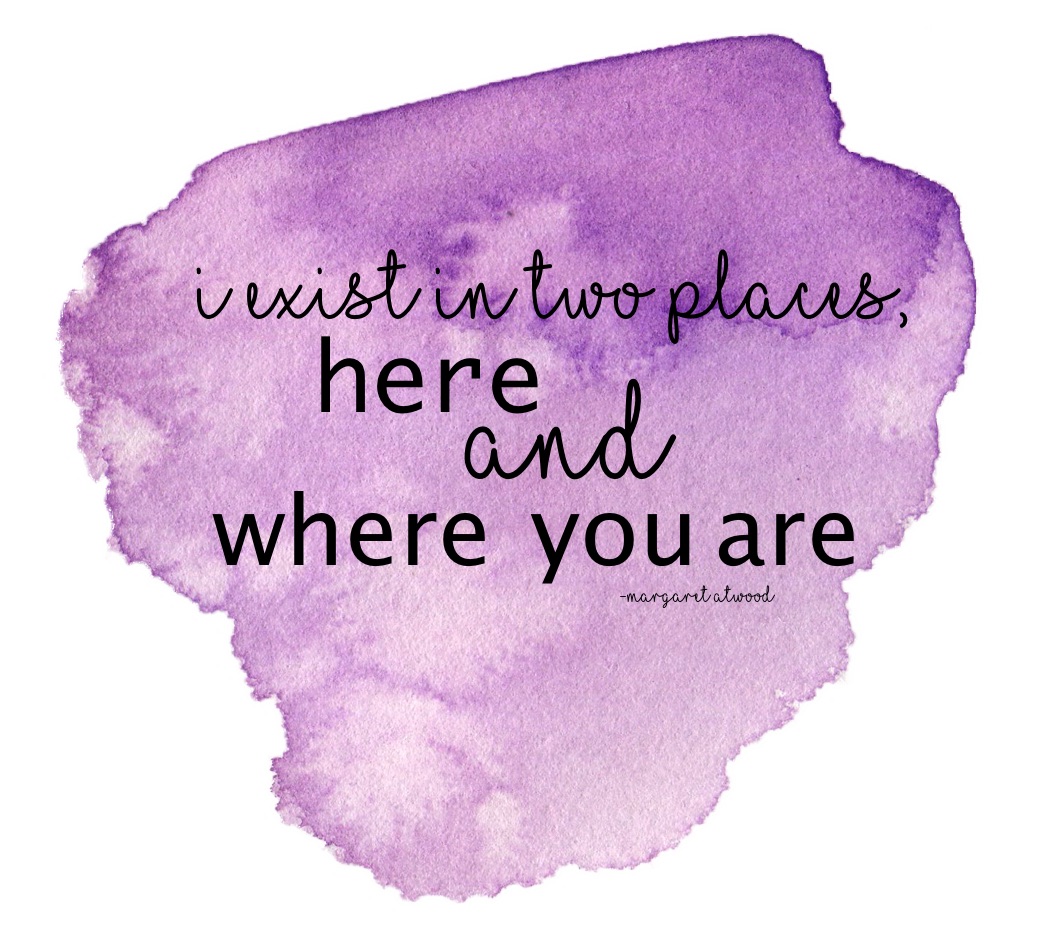 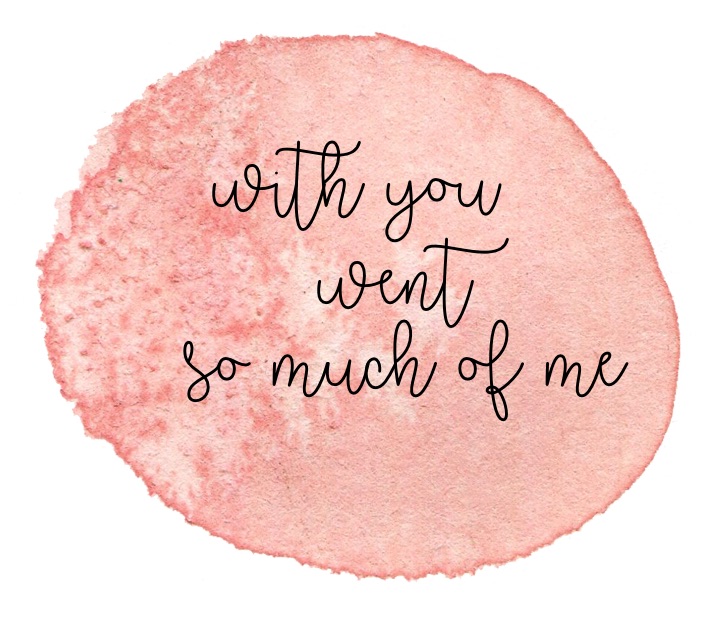 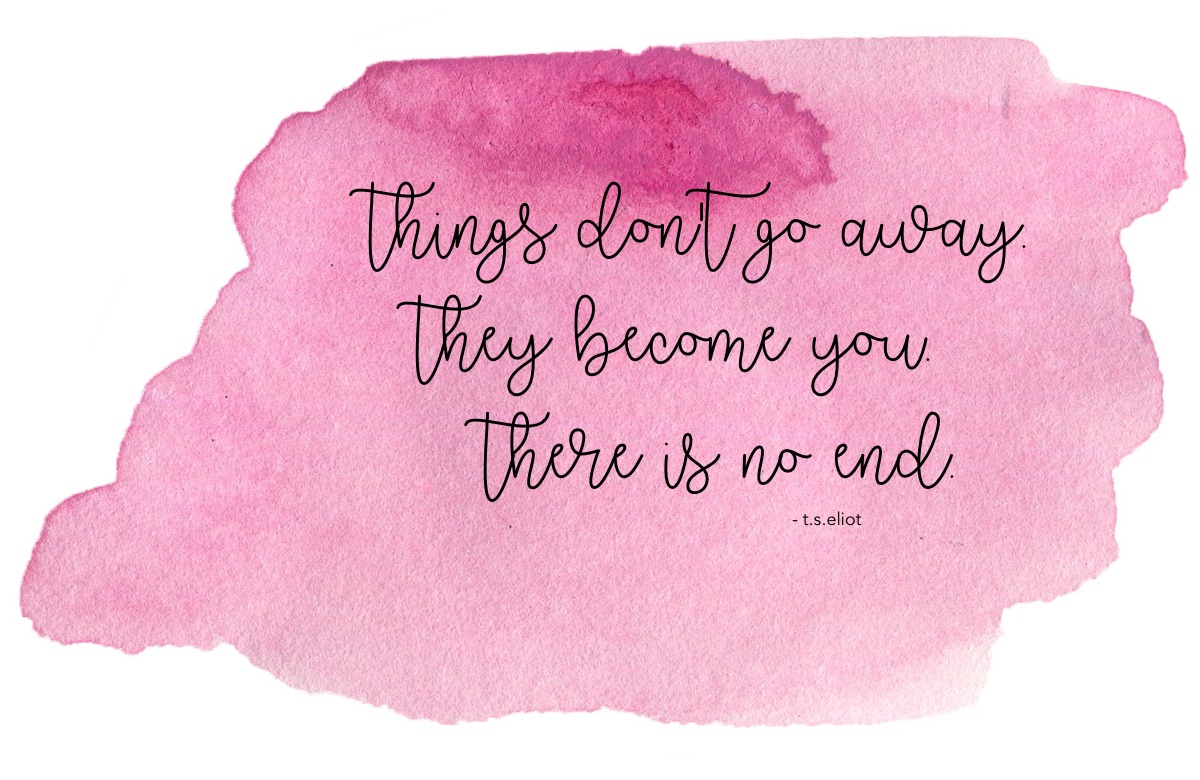